(1927) – Routinely named among North Carolina’s top two or three courses (and NC is unusually blessed with exceptional golf courses) Pine Needles stands as one of Donald Ross’s most praiseworthy creations. And with its 2005 renovation, Pine Needles has been restored to Ross’s original intent. “Time had softened some of the challenges of Pine Needles,” said John Fought who led the renovation. “We tried to bring those subtleties back, especially around the greens.”

Pine Needles is a course with great history, from Donald Ross to Peggy Kirk Bell.  The course isn’t overly difficult like you would think, as a US Open site.

The Sandhills area has been a haven for competitive golf since the days when luminaries like Ben Hogan, Walter Hagen and Byron Nelson were winning the North and South Open at Pinehurst No. 2.  Pine Needles has helped carry that mantle into modern times with three U.S. Womens’ Opens in 1996, 2001 and 2007, won by Annika Sorenstam, Karrie Webb, and Cristie Kerr, respectively. 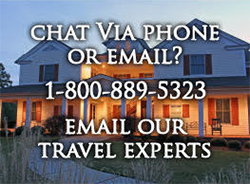